Our patients have found this information interesting so we are sharing the following article from the Wall Street Journal’s Health Journal:

How Your Knees Can Predict the Weather

Granny was right: Scientists find link between achy joints and the forecast

The Wolff family of Paramus, N.J., was eyeing the gathering clouds and debating whether to cancel a planned park trip when 6-year-old Leora piped up with an idea: “Let’s call Grandma. Her knees always know when it’s going to rain!”

Leora’s grandmother, Esther Polatsek, says she started being sensitive to the weather in her 20s, when a fracture in her foot would ache whenever a snowstorm approached. Now 66 and plagued by rheumatoid arthritis, Mrs. Polatsek says she suffers flare-ups whenever the weather is about to change.

“It’s just uncanny. Sometimes it’ll be gorgeous out, but I’ll have this awful pain. And sure enough, the next morning it rains,” she says. “It may be just a few drops, but it makes my body crazy.”

It is one of the longest running controversies in medicine.

You can’t change the forecast, but you can lessen its impact.

Hippocrates in 400 B.C. noticed that some illnesses were seasonal. The traditional Chinese medicine term for rheumatism (fengshi bing) translates to “wind-damp disease.”

But modern scholars have gotten inconsistent results in studies that tried to match weather patterns to reported pain symptoms—leading some to dismiss the connection as highly subjective or all in sufferers’ minds.

“People’s beliefs about arthritis pain and the weather may tell more about the workings of the mind than of the body,” concluded the late Stanford psychologist Amos Tversky in the mid-1990s, after comparing the pain reports of 18 rheumatoid-arthritis patients with local weather conditions for a year and finding no connection. 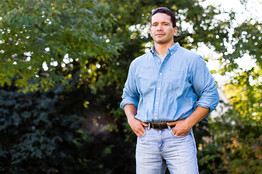 Scientists don’t understand all the mechanisms involved in weather-related pain, but one leading theory holds that the falling barometric pressure that frequently precedes a storm alters the pressure inside joints. Those connections between bones, held together with tendons and ligaments, are surrounded and cushioned by sacs of fluid and trapped gasses.

“Think of a balloon that has as much air pressure on the outside pushing in as on the inside pushing out,” says Robert Jamison, a professor of anesthesia and psychiatry at Harvard Medical School. As the outside pressure drops, the balloon—or joint—expands, pressing against surrounding nerves and other tissues. “That’s probably the effect that people are feeling, particularly if those nerves are irritated in the first place,” Dr. Jamison says.

Not everyone with arthritis has weather-related pain, says Patience White, a rheumatologist at George Washington University School of Medicine and a vice president of the Arthritis Foundation. “It’s much more common in people with some sort of effusion,” an abnormal buildup of fluid in or around a joint that frequently occurs with inflammation.

Many patients swear that certain weather conditions exacerbate their pain. Consequently, orthopedists, rheumatologists, neurologists, family physicians, chiropractors, physical therapists—even personal trainers—report an increase in grousing among their clients when the temperature drops or a storm approaches.

“I can tell you emphatically there are certain days where practically every patient complains of increased pain,” says Aviva Wolff, an occupational therapist at the Hospital for Special Surgery in New York City, and Mrs. Polatsek’s daughter. “The more dramatic the weather change, the more obvious it is.”

Both the Weather Channel and AccuWeather have indexes on their websites that calculate the likelihood of aches and pains across the country, based on barometric pressure, temperature, humidity and wind. Changes in those conditions tend to affect joints even more than current conditions do, says AccuWeather meteorologist Michael Steinberg, which is why the Arthritis Index shows more risk the day before a storm or a sharp drop in temperature is forecast.

Some sufferers say their joints can be more accurate than meteorologists. Rheumatoid-arthritis sufferer Bill Balderaz, 38, president of a digital-marketing firm in Columbus, Ohio, recalls feeling “the worst arthritis pain I’ve ever had—I could barely move” one day last year, even though it was sunny and clear. By midafternoon, a land-based hurricane known as a derecho with 80 mile-per-hour winds unexpectedly buffeted Ohio and three other states, traveling 600 miles in 10 hours and knocking out power for 10 days. “The storm caught everyone off guard. It was clear one minute and then the skies opened up,” Mr. Balderaz says.

Tests on animals seem to bear out the impact of weather. In one study, guinea pigs with induced back pain exhibited signs of increased pain by pulling in their hindpaws in low barometric pressure.

Cold weather seems to raise the risk of stroke, heart attacks and sudden cardiac death, some research shows. Heart-attack risk rose 7% for every 10 degrees Celsius (18 degrees Fahrenheit) drop in temperature, according to a study of nearly 16,000 patients in Belgium, presented at the European Society of Cardiology last month. British researchers studying years of data on implanted defibrillators found that the risk of ventricular arrhythmia—an abnormal heart rhythm that can lead to sudden death—rose 1.2% for every 1.8 degrees Fahrenheit drop, according to a study in the International Journal of Biometerology last month.

Once blamed on physically demanding tasks like shoveling snow, the increased heart risk due to cold may be due to thickening blood and constricting blood vessels, researchers think.

And rising humidity may cause joints to swell and stiffen. In fact, tendons, ligaments, muscles, bones and other tissues all have varying densities, so they may expand or contract in different ways in changing conditions, Dr. Jamison says.

In people with chronic inflammation from arthritis or past injuries, even slight irritations due to the weather can aggravate sensory nerve cells, known as nociceptors, that relay pain signals to the brain. That may explain why some people with neuropathic pain and phantom-limb pain also report weather-related flare-ups.

“Fibromyalgia patients seem to be the most sensitive,” says Susan Goodman, a rheumatologist at the Hospital for Special Surgery. She also notes that while some people seem to be extremely sensitive to weather, others with similar conditions aren’t, for reasons that aren’t clear. That may explain why many studies find no clear association, she says.

Some weather conditions seem to relieve pain. In one study, the warm, high-pressure Chinook winds common to western Canada lessened patients’ neuropathic pain, the kind brought on by disease or injury. For other patients, the same climate increased migraines and sinus headaches.

Some pain sufferers say they feel better in warm, dry climates where weather conditions seldom change. When she went to Israel in the 1990s, “I felt like I was 20 years younger when I stepped off the plane,” says Mrs. Polatsek, the rheumatoid-arthritis patient.

But studies haven’t consistently borne out the benefits of one climate over another. “There really is no place in the U.S. where people report more or less weather-related pain,” says Dr. Jamison. He surveyed 557 arthritis sufferers in four cities in 1995 and found that more than 60% believed the weather affected their pain—regardless of whether they lived in San Diego, Boston, Nashville, Tenn., or Worcester, Mass.

Visiting a warm, dry climate may bring temporary relief, Dr. Jamison adds. “But if you live there full time, your body seems to acclimatize and you become sensitive to even subtle weather changes.”

Write to Melinda Beck at HealthJournal@wsj.com

"I am incredibly thankful for the exercises and work Megan did with me. I always thought my knee pain was just a part of running, but Megan seriously changed my quality of running life!" -- Bozeman Client

Good luck to all racers in the Bridger’s this AM

As the summer quickly transitions into fall and we

Do you climb, bike, ski, run or are just plain pas

Head over to the virtual @bridgerfoothills_artauct