Excel Physical Therapy is committed to helping support our community as one of our core values. As a result, we are proud co-sponsors of the 2015 Montana State University Bobcat Triathlon! For registration and course information, please click here: http://www.bobcattriathlon.com/

Best wishes to all race participants and thanks to the volunteers!

from Outside Bozeman Magazine

Fit your bike to avoid injury

While cycling is relatively easy on your joints, because of the constrained position and

repetitive nature of the sport, it can be easy to develop overuse injuries.

These injuries are often attributed to ramping up training mileage too quickly or being improperly positioned on your bike. Training errors can be avoided by following a proper training schedule. Fitting your bike to your body—not the other way around—helps achieve proper positioning.

It’s best to see a professional bike-fitter at a physical therapy clinic or your local bike shop, but here are some tips to alleviate common pains associated with cycling.

Achilles’ Pain
Cause: foot positioned too far back on pedal
Solution: move foot forward on the pedal by moving your cleat further back

Arch Pain
Cause: foot positioned too far forward on pedal
Solution: move foot back on the pedal by moving your cleat further forward

Anterior Knee Pain
Cause: saddle too low and/or too far forward
Solution: move saddle up so there’s a slight bend in the knee at the bottom of the stroke

Posterior Knee Pain
Cause: saddle too low and/or too far back
Solution: move saddle so there is a moderate to slight bend in the knee

Lower Back Pain
Cause: stem too short
Solution: get a longer stem

Neck Pain
Cause: bars too low
Solution: raise your bars by getting a more upright stem or moving headset spacers from the top of the stem to the bottom

Jason Lunden, DPT, SCS, physical therapist with Excel Physical Therapy of Bozeman and Manhattan, was a featured presenter at this year’s Twin Cities Sports Medicine Conference in St. Paul, MN.  Jason gave a podium presentation and a breakout session on the rehabilitation of hamstring injuries, to an audience of orthopedic surgeons, sports medicine physicians, physical therapists and athletic trainers.

David Coletta, MPT, CMPT and Jason Lunden, DPT, SCS of Excel Physical Therapy will be providing free Bike Fitting Screenings at the Longest Day of Trails Headquarters in Bozeman, Montana. Come by with your bike to learn how David and Jason can help fit your bike to your body. Reduce pain while riding as well as increase your cycling performance. Free Specialized water bottle with every free Excel PT Bike Fitting Screen!

This GVLT annual dawn-to-dusk (6am–10pm) bike-a-thon and membership drive takes places on the Friday in June nearest the Summer Solstice. It highlights GVLT’s work to expand, improve, and maintain our community trails. Headquartered at Montana Ale Works, the event features bike rides for all ages and abilities on Bozeman’s Main Street to the Mountains trails, with an evening celebration at Montana Ale Works and live music from Jawbone Railroad. 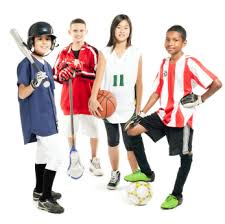 “Why Do Kids Get Injured? A Youth Sports Injury Seminar for Parents, Coaches and Athletes Ages 18 & Under”

free and open to the public

Jason Lunden, DPT, Specialist in Sports Physical Therapy, presents a free talk that will focus on the following:

Jason Lunden, DPT, SCS specializes in the rehabilitation and prevention of sports-related injuries, with a particular interest in the biomechanics of sporting activities – running, cycling, skiing, snowboarding and overhead athletics. He has published on the topic of shoulder biomechanics and the rehabilitation of knee injuries and has a strong commitment to educating others. Jason serves as a physical therapist for the US Snowboarding and US Freeskiing teams and is a frequent, well-received local and national presenter on the topics of sports rehabilitation and injury prevention. He is a recent recipient of the New Horizon Award from the American Physical Therapy Association and he as received advanced training in dry needling techniques for the extremities.

April is Youth Sports Injury Prevention Month.  Check this link out for sport-specific tips on how to prevent injuries in youth sports: http://www.stopsportsinjuries.org/

Great for Parents, Athletes, and Coaches.

You might not want to rush into knee surgery. Physical therapy can be just as good for a common injury and at far less cost and risk, the most rigorous study to compare these treatments concludes.

Therapy didn’t always help and some people wound up having surgery for the problem, called a torn meniscus. But those who stuck with therapy had improved as much six months and one year later as those who were given arthroscopic surgery right away, researchers found.

“Both are very good choices. It would be quite reasonable to try physical therapy first because the chances are quite good that you’ll do quite well,” said one study leader, Dr. Jeffrey Katz, a joint specialist at Brigham and Women’s Hospital and Harvard Medical School.

He was to discuss the study Tuesday at an American Academy of Orthopaedic Surgeons conference in Chicago. Results were published online by the New England Journal of Medicine.

A meniscus is one of the crescent-shaped cartilage discs that cushion the knee. About one-third of people over 50 have a tear in one, and arthritis makes this more likely. Usually the tear doesn’t cause symptoms but it can be painful.

When that happens, it’s tough to tell if the pain is from the tear or the arthritis — or whether surgery is needed or will help. Nearly half a million knee surgeries for a torn meniscus are done each year in the U.S.

The new federally funded study compared surgery with a less drastic option. Researchers at seven major universities and orthopedic surgery centers around the U.S. assigned 351 people with arthritis and meniscus tears to get either surgery or physical therapy. The therapy was nine sessions on average plus exercises to do at home, which experts say is key to success.

After six months, both groups had similar rates of functional improvement. Pain scores also were similar.

Thirty percent of patients assigned to physical therapy wound up having surgery before the six months was up, often because they felt therapy wasn’t helping them. Yet they ended up the same as those who got surgery right away, as well as the rest of the physical therapy group who stuck with it and avoided having an operation.

“There are patients who would like to get better in a `fix me’ approach” and surgery may be best for them, said Elena Losina, another study leader from Brigham and Women’s Hospital.

However, an Australian preventive medicine expert contends that the study’s results should change practice. Therapy “is a reasonable first strategy, with surgery reserved for the minority who don’t have improvement,” Rachelle Buchbinder of Monash University in Melbourne wrote in a commentary in the medical journal.

As it is now, “millions of people are being exposed to potential risks associated with a treatment that may or may not offer specific benefit, and the costs are substantial,” she wrote.

One study participant — Bob O’Keefe, 68, of suburban Boston — was glad to avoid surgery for his meniscus injury three years ago.

“I felt better within two weeks” on physical therapy, he said. “My knee is virtually normal today” and he still does the recommended exercises several times a week.

Robert Dvorkin had both treatments for injuries on each knee several years apart. Dvorkin, 56, director of operations at the Coalition for the Homeless in New York City, had surgery followed by physical therapy for a tear in his right knee and said it was months before he felt no pain.

Then several years ago he hurt his left knee while exercising. “I had been doing some stretching and doing some push-ups and I just felt it go `pop.'” he recalls. “I was limping, it was extremely painful.”

An imaging test showed a less severe tear and a different surgeon recommended physical therapy. Dvorkin said it worked like a charm — he avoided surgery and recovered faster than from his first injury. The treatment involved two to three hour-long sessions a week, including strengthening exercises, balancing and massage. He said the sessions weren’t that painful and his knee felt better after each one.

“Within a month I was healed,” Dvorkin said. “I was completely back to normal.”

Marilynn Marchione can be followed on Twitter at http://twitter.com/MMarchioneAP

Lindsey Tanner can be followed on Twitter at http://www.twitter.com/LindseyTanner

"I was struggling with wrist pain for over a year, and I thought I had to do surgery and injections to make it better. Jason was a life-saver. I am doing my exercises, and my work at the computer doesn't bother me any more! I feel ready to resume my yoga practices as well. I am very happy Excel physical therapy was recommended to me, and I recommend it to you!"  --Bozeman Patient